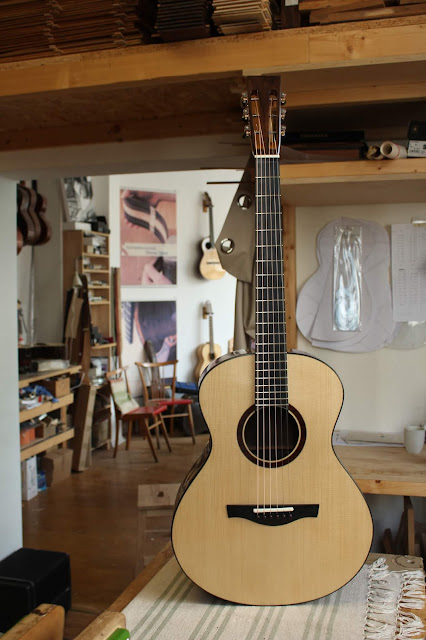 I tell you a story about this guitar. This is my OM model #19, finished in April 2017. I build it in a batch of three guitars and this one has not been on order so I tryed out a few things. I got this amazing top that sounded incredible and I wanted to try out some changes with the bracing. So I had high hopes for this guitar.
When I strung it up it was a desaster. I remember exactly how disappointed I was. It sounded shit. I mean it. I`m mostly on the sceptical side about my guitars especially soundwise but I was ok with all the other 18 guitars and the other two from the batch turned out good. But not this one.

And this disappointment really got me thinking. After a few weeks of coming back to the guitar and playing it and somwhow hoping that all that was wrong would mysteriously disapear (didn`t happen) I figured I should use this as a chance to grow. Because my immediate reaction was a deep doubt about what I was doing. Maybe I was a shitty guitarbuilder (I still think that sometimes)? But the most important thing was, how could I professionally offer a custom guitar to clients and not be sure it won´t be a total pratfall?!

I took a few more weeks to overcome the frustration. And with the mood changing I tryed to turn this into Motivation. I would work on the guitar and learn. I NEED to learn what made this guitar fail. And I NEED to understand how I can make sure this won`t happen again and if I cannot control that enough then how I can turn it around and make it sound.

And boy I learned from this thing.

So first I hung it on the wall and let it sit for a couple of months. I would give it a Chance to settle in and then come back and see. Maybe some of the characteristics will change. They didn`t.
During these months of waiting I constantly though about the problems. The Sound was harsh, some notes had strong a strong wolf. Chords wouldn´t sound harmonically. But what causes the Problems. Maybe the body frequencies or the the top? Maybe the neck?

I started working. First thing I did was download a Fourier Analysis app for my Smartphone. Yes, they work really well actually! I checked for Body, top and back frequencies. Body frequencie was on the G. This guitar was stiff!
I added a soundport on the side and changed the Body frequencie. That alone changed a lot! I also changed the Tuners. Schaller Grand Tune made place for Waverlys three-on-plate. More weight on the headstock improved the sustain of the notes. But the guitar still felt very inhibited and stiff. I build a small violin makers plane with a round sole and got in on the braces. I removed a lot of wood! Always measuring the frequencies. But it is amazing to see how little the effect is. It almost made me wondering that, if the effect is so Little, how big are the chances to hit the nail and build a guitar that does fail on such a big scale?! It did a Little. Opened up the guitar. Together with a changed Body frequencie and now a changed top frequencie it finally started to sing. And even though the effect on the frequencies were so little it changed the instrument so much! That was a amazing lesson to learn. Now I got a better understanding of what are the particular spots on a soundboard and the bracing where I can alter the instrument.

The guitar wasn´t sold and I kept it at home playing it for myself. Sometimes took it to shows.
And it changed so much over this amount of time it became a wonderful guitar. But as I decided this was my learning object I never got a 100% satisfied with it. And I had some more ideas... 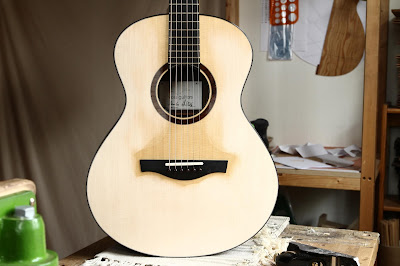 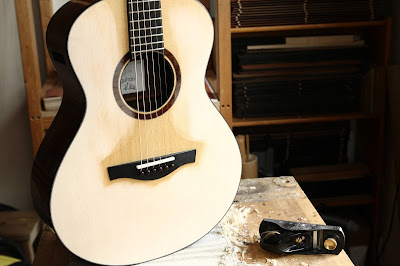 I first saw a Hand rubbed sunburst on a guitar from Dehradun Guitar Company. I immediatly loved it. Such vivid colors and the charming vintage character. It stuck with me. In 2016 I met luthier Johannes from Gris Gris Guitars and he had a guitar with a hand rubbed burst with him. A reminder of how much I liked this look. My latest sighting was a guitar from Mike Kennedy of Indian Hill guitars. That one really got me thinking I need to try this out myself.

I played my OM #19 and it it changed so beautifully. Yet it still felt a little bit on the stiff side. Still inhibited. I needed to sand the top down! The big bonus was that I could leave the Bridge on and only sand around the Perimeter. Then I could leave the strings on and hear exactly what was going on!
Actually I used a plane but anyhow. 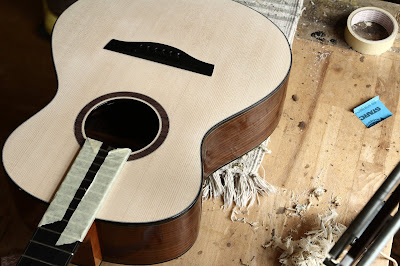 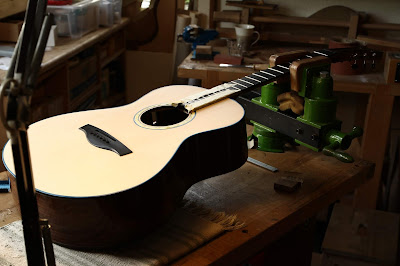 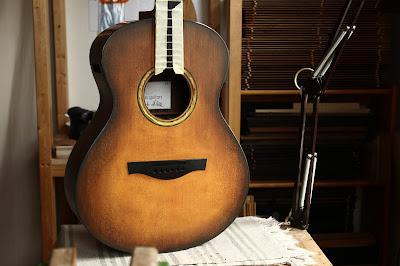 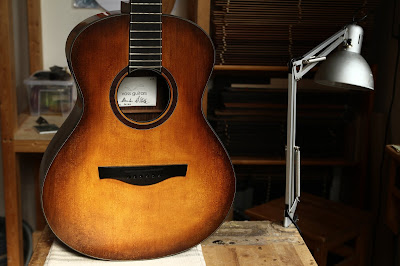 Speaking of messing up. Above is my first attempt of the sunburst. I wanted to finish it with a French polish. Sealed the colors with a oil varnish but still ruined it with the spirit. Next try I sealed it with a spray lacquer and found a funny way to do "vintage" lacquer. 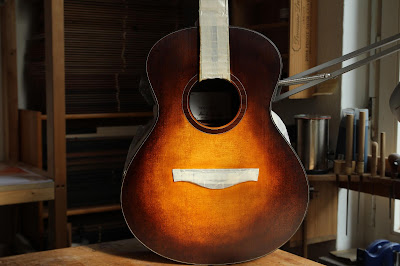 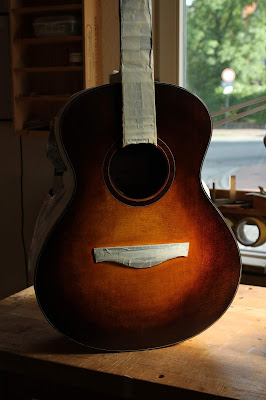 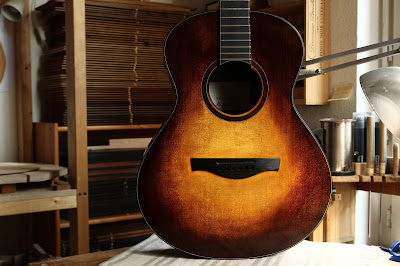 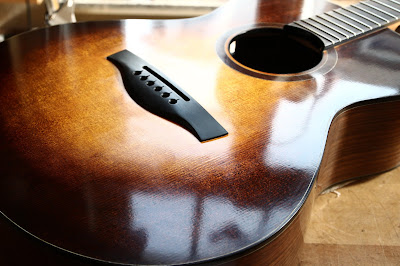 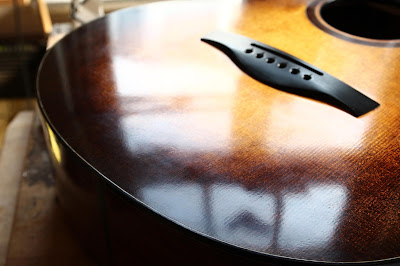 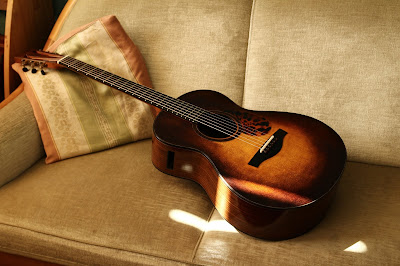 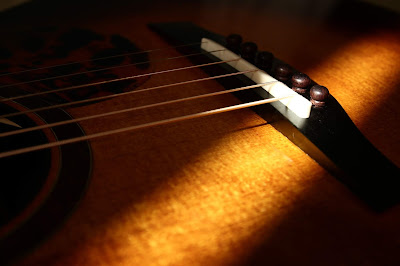 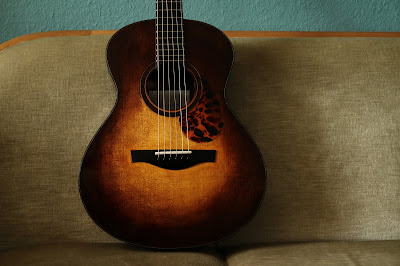